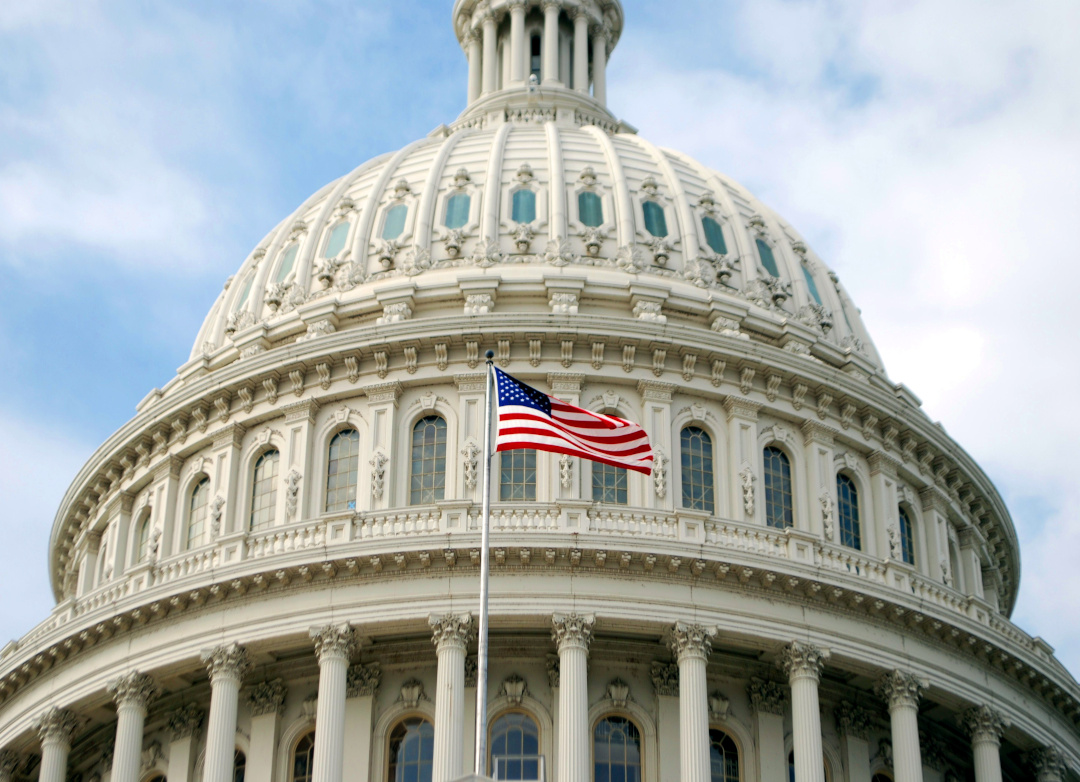 There was an invisible spirit that crept through our lives on Wall Street in the 1980s. LBO’s were a part of it. I could never quite put my finger on what was wrong. It was as if there was too much dirty money and, as it grew more and more powerful in invisible ways, the way companies were financed, bought and sold grew progressively more out of control. The common sense and humanity seemed to drain out, and as personal wealth of the insiders grew, so did the lies.

Part of what was happening within Dillon Read was the difference in styles between Nick Brady and John Birkelund. When Nick wanted me to do something, he would come and say something like: “Look, I need you to do this and stop doing that and I can’t tell you why. I just need you to be a good soldier and do it.” And his candor had a certain charm to it and so in the spirit of being a good soldier you would give up on some deal or idea you thought was going to be a moneymaker. For some reason, Birkelund did not feel comfortable taking this straightforward approach and so situations would get caught up in complex pretzels of office politics.

For example, when the Dillon Read partners sold the firm in 1986 to Travelers, three years after buying our stock back from Bechtel, Birkelund came to my office to ask me what I thought of the deal. I told Birkelund that it was a done deal and that my opinion as one of the newest partners was irrelevant. Birkelund insisted — he really wanted to know. I told him that I was disappointed that we were no longer owners and that I thought a large insurance company would not prove to be a good business fit. He exploded with rage and stomped out of the office. Minutes later, my husband Geoffrey — a successful Wall Street attorney — called to tell me that he had just had a call from Fritz Hobbs, one of the senior Dillon partners, saying that Birkelund told him that I had resigned from the firm and that he, Geoffrey, needed to exercise some control of his wife. I explained that I had not resigned. I then advised Geoffrey to call Fritz and persuade him that he had managed to get me under control, to assure him that I had not and had no intention of resigning and that he, Geoffrey, could be counted on to make sure that I supported the sale and the changes contemplated. Hence, my partners could look to my husband to manage me. I then spent several weeks collaborating with Geoffrey on the manipulation of me — which turned out to be a remarkably effective, though unorthodox, communication vehicle.

My back channel[26] was compromised several weeks later when Ken Schmidt, the head of Dillon’s municipal department who Birkelund had also assigned to “manage” me while I managed a large and profitable client and deal flow, broke down one night after several drinks and confessed that he and my other partners were using my husband to manipulate me. Perhaps he would not have felt as guilty if he realized where Geoffrey was accessing his strategies. 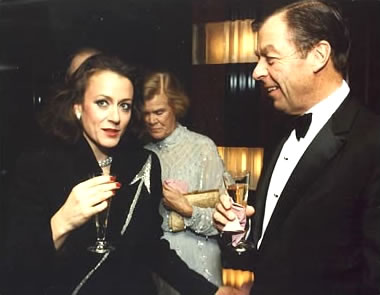 After the sale of Dillon to Travelers, we put together significant Travelers financial support for our LBO business. Birkelund called me to his office to ask me if I would take the lead on marketing our LBO’s to bond buyers. This request caught me off guard, as I was confident that this was a role in which I would not be successful. I asked why he thought I was appropriate. He described my success at designing and marketing $4 billion of New York City transportation systems bonds. This was a deal that nine firms had said could not be done but that had gotten done quite successfully with Dillon Read’s leadership, making the first page of the New York Times and the financial press. I explained to John that I could sell deals that I had personally structured and which I believed to be sound credits because they were based on some fundamental wealth-creating purpose that would ensure the bond buyers were paid back. However, a lot of the LBOs flowing through Wall Street were not based on sound financial engineering and involved companies that were of dubious value. I was terrific with Dillon’s investment clients when I believed in a credit. Unless I was personally confident in the investments long-term viability, I was not effective at selling it.

John thought I was being difficult and I was amazed that he could not understand that just as fish don’t fly, I did not have the ability to do a good job for the firm at this task. It was as if two parallel universes were trying to communicate and failed. One was looking to go with the flow of more and more government and corporate debt without thought for how future generations would pay back all this debt — what some of us called the debt bubble — because that was the way to win at the game of hot money profits. The other thought that money served a strategic purpose and that flipping people and companies like pancakes for quick profits was risky business.

Things came to a head when I arrived at the weekly banking meeting of the Dillon Read partners one morning in 1988 and listened to Steve Fenster, one of the partners who had joined us in 1987 from Lehman Brothers with an interim stint at Chase, make his presentation on why Dillon’s LBO group should take the second position behind First Boston in the Campeau hostile takeover of the Federated Department Stores. [27] During his presentation, Fenster, later a professor at the Harvard Business School, presented a “sources and uses of funds” statement. This is a statement that estimates where the money is coming from to buy the company and how it will be spent and in what amounts. Steve described a significant source of funds would come from “productivity improvements” — a portion of what was needed to fund the cost of hundreds of millions for golden parachutes for senior management and fees for lawyers and investment bankers.

The “productivity improvements” were the increased profits to be generated by middle management over many years — all without partaking of the hundreds of millions pork fest enjoyed up front by senior management and Wall Street. We would get rich and get out up front. The guys in the trenches would work like dogs for years for scraps if the deal were to work. I was stunned. I asked Steve why in the world middle management would stick around and spend years working to generate increased profits without adequate incentives. After all, these financials would be disclosed in SEC filings. The companies’ middle managers would read the proxy and could “walk with their feet.” This meant the company would fail.

If the company failed before we sold new bonds, the Travelers bridge line that we were using would lose millions. If it failed after we sold the bonds, our customers who bought the bonds would get left holding the bag. Fenster looked at me in disgust and said something to the effect of “we will be out in December,” meaning if the deal tanks it will be someone else’s problem. I responded “Steve, our bond buyers won’t be,” meaning that Dillon would be selling the securities to pension and mutual funds and other bond buyers who would then take what could be millions in losses. By this time, Brady had left for Washington and Birkelund was now in command of the firm. Birkelund was trying to build a fortune. Nick had one to protect. It struck me that the balance that the Brady-Birkelund partnership had somehow managed to strike between playing to win in the hot money game and not putting Brady’s personal reputation at risk was gone. Dillon anticipated significant fees and Fenster and the partners around the table were hungry for the quick bucks of big year-end bonuses.

That was when I decided that we might be losing sight of the line between financial engineering and financial fraud. I left the boardroom and headed downstairs to make a call to Washington, D.C. There was nothing else to learn at Dillon Read. It was time to go — I was too much a member of the old school. Other firms had indicated an interest in recruiting me. However, I had promised Nick I would institutionalize my clients and not strip the business from the firm. The way to continue to do that was to join the incoming Bush Administration in Washington, D.C. The corruption was bad, a crash was coming and Washington would lead the clean up. Besides, the corruption was being engineered in part through Washington. I wanted to understand how the economy and markets really worked. It was long my dream to find ways that investors could profit from activities which increased human and environmental safety and wealth. I needed to understand how the federal government and credit worked.

When the Federated Department Stores declared bankruptcy on January 15, 1990 as a result of their takeover by Campeau using an unsound financial structure, Dillon Read, Travelers and Dillon’s bond buyers were left holding millions of badly discounted securities. By that time, I was Assistant Secretary of Housing-FHA Commissioner at HUD managing billions of defaulted mortgages and coordinating with the group at the Resolution Trust Corporation who were managing billions of defaulted savings and loan (S&L) mortgages. While Birkelund and Fenster were explaining the Campeau-Federated defaults to Travelers, I was learning why Oliver North allegedly referred to HUD as “the candy store of covert revenues.” [28] It took years of cleaning up the mortgage mess to understand that this homebuilding and mortgage fraud was an integral part of the National Security Council’s shenanigans during Iran-Contra and a U.S. federal debt that was growing at alarming rates.