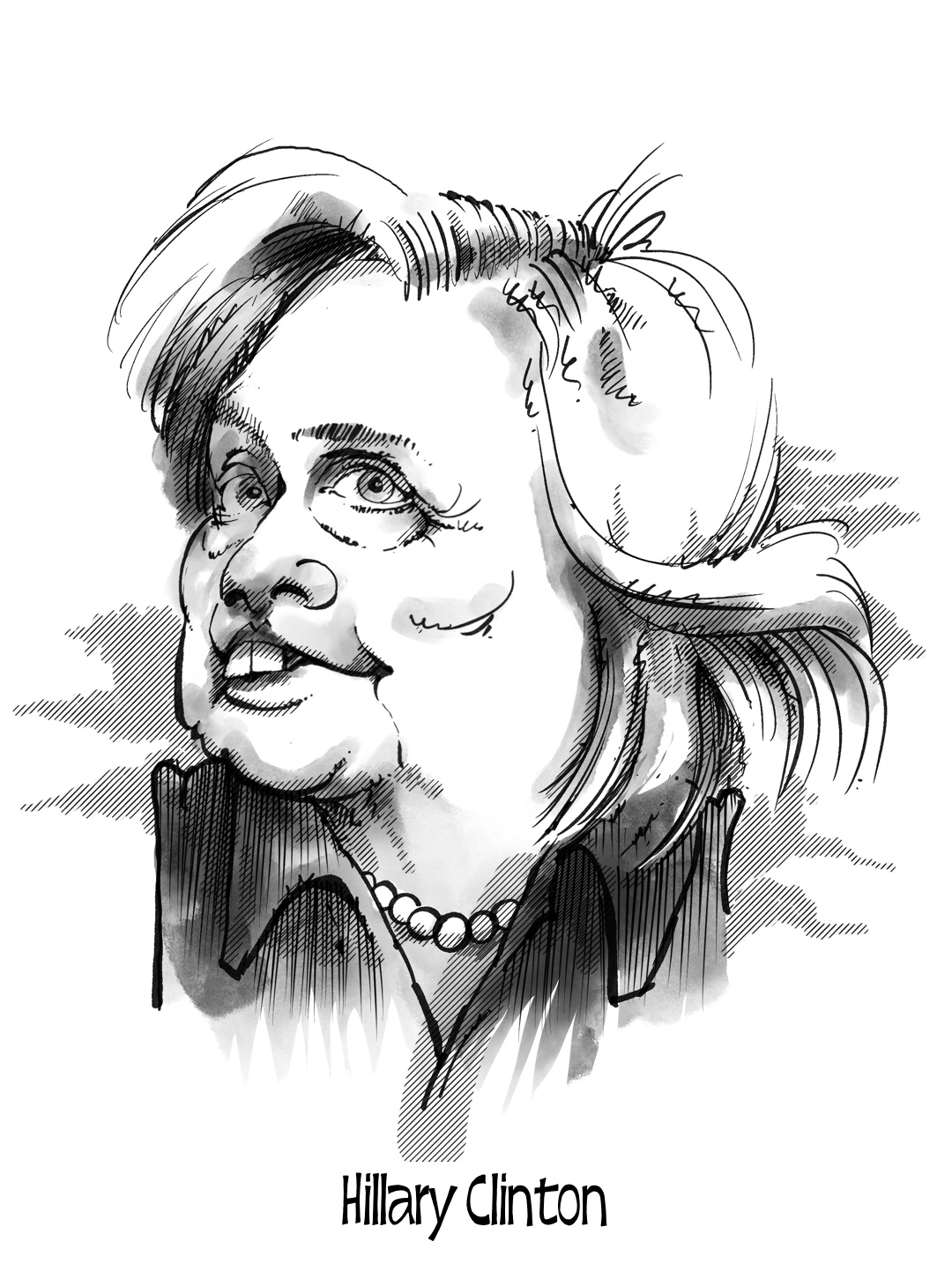 John P. Birkelund Then: Chairman, Dillon Read & Co., Board member, Rothschild, Inc., Trustee, Brown University; in 1990, at President Bush’s request, he organized and became chair of the Polish American Enterprise Fund; received an A. B. from Princeton University 1952), pursued graduate studies in business administration at Northwestern University Now: Partner, Saratoga Partners, Board member, Darby Overseas Resources; Member, Council on Foreign RelationsOf Interest: Brown University, where Birkelund was a trustee, has a John P. Birkelund Professor of European History, Omer Bartov who is an expert on genocide and who sits on the University’s Slavery and Justice Committee. His Biography

Senator Kit Bond, R-Missouri Then & Now: US Senator Chairman(Then), Member (Now), Senate Small Business Committee; Chairman, Senate Appropriations Subcommittee—Transportation, Treasury and Housing and Urban Development; graduated from Princeton University in 1960 and received his law degree from the University of VirginiaBond was elected governor of Missouri in 1972 and 1980, serving from 1973 to 1977 and from 1981 to 1985. After Sen. Thomas Eagleton decided not to run for re-election, Bond was elected senator in 1986 and re-elected in 1992, 1998, and 2004. His Biography

Warren Buffett Then & Now: A wealthy American investor and businessman. He attended University of Nebraska (transferring there from the Wharton School at the University of Pennsylvania) and took a Master’s degree in economics at Columbia Business School.Buffett has amassed a fortune from investments, particularly through his company Berkshire Hathaway, in which he holds a greater than 38% stake. Buffett sold controlling investment in NHP, Inc, a HUD property management company to Harvard’s private equity portfolio in the late 1980s.

Hillary Clinton Clinton is Junior United States Senator from New York, serving her freshman term since January 3, 2001. She is married to President Bill Clinton, and was First Lady of the United States during his two terms from 1993 to 2001. Before that she was a lawyer and First Lady of Arkansas. From 1985 to 1992, Clinton served on the Board of Directors for both TCBY and Wal-Mart Stores Inc. In 1979, Clinton became a full partner of Rose Law Firm. Graduated from Wellesley, Political Science (1969) and Yale Law School.

Andrew Cuomo Then: Assistant Secretary of HUD, Secretary of HUD; he is a graduate of Fordham University and Albany Law School. Now: Expected Candidate for NY Attorney General.

John Deutch Then: Director of Central Intelligence (DCI) from May 10, 1995 until December 14, 1996. Controversy erupted days after his departure when it was revealed that classified materials were being kept in his home and on his computer. He currently sits on the board of directors of Raytheon. Ph.D., Physical Chemistry & B. A. Chemical Engineering from M. I. T. and B. A. History & Economics, Amherst. Now: Teaches at MIT; Member, Council on Foreign Relations email: jmd@mit.edu ,

C. Douglas Dillon Son of Dillon Read namesake, Clarence Dillon. Douglas Dillon was a member of the New York Stock Exchange from 1931 to 1936, and in 1936 became a Director and subsequently President of the United States and Foreign Securities Corporation. In 1938, he became a Vice President and Director of Dillon, Read and Company, being elected Chairman of the Board in 1946. Dillon served as US Ambassador to France, Under Secretary of State and was 57th Secretary of the Treasury, serving from January 21, 1961 to April 1, 1965. Graduated Harvard (1931). He was a Member and Vice-Chairman of the US Council on Foreign Relations from 1946. His Biography

Peter Flanigan Then: Flanigan joined Dillon Read in 1975, eventually becoming Managing Director and Member of the Board; During the Nixon Administration he served as Assistant to the President (1969-1973), Assistant to the President for International Economic Affairs (1972-1974), Executive Director, Council on International Economic Policy, Executive Office of the President (1972-1974). Now: Private investor and philanthropist. Now: Member of Council on Foreign Relations

Lou Gerstner Then: CEO of RJR Nabisco. He also held senior positions at American Express and McKinsey & Company. He served as chief executive officer of IBM from 1993 until March 2002. B. A. from Dartmouth College (1963), MBA from Harvard Business School (1965). Now: Chairman of The Carlyle Group, a global private equity firm located in Washington, D.C.; Member, Council on Foreign Relations His Biography

Daniel Hawke Son of Jerry Hawke Then: Partner, Tucker Flyer; undergraduate studies, Tulane (1985), law degree, Boston University (1989) Now: Securities & Exchange Commission, Enforcement Division, Philadelphia Division (April 2006)Of Interest: Credited by the SEC for his contribution to the indictment and conviction of Arthur Anderson.Quote: “I learned early in my career at Tucker, Flyer, that our clients expect aggressiveness tempered by sound business judgment. We don’t bet the business on litigation, but we won’t hesitate to bang heads if we have to.”

Franklin “Fritz” W. Hobbs IV Then: Managing Director and Board member of Dillon, Read & Co. Inc., President of Dillon Read, Global Head of Corporate Finance, Warburg Dillon Read, Chairman Warburg Dillon Read. Attended Harvard Business School and Harvard University.Now: Advisor to OEP, on the Boards of Adolph Coors Company, Cybertrust, Inc. and Lord, Abbett & Co., President of the Board of Trustees at Milton Academy and member of the Board of Overseers of Harvard College. His Biography

Frank Hunger Al Gore’s Brother in Law Then: Assistant Attorney General – Civil Division; he holds a B.B.A. in accounting and finance from the University of Mississippi and his LL.B. from Duke Now: Partner, Covington & Burling e-mail: fhunger@cov.com

Frank Keating Then: General Counsel, HUD, Governor of Oklahoma; Chair, Republican Governors Association; B. A. in history from Georgetown University (1966) and J. D. degree from the University of Oklahoma (1969) Now: CEO, American Council of Life Insurance

Jack Kemp Then: Secretary of HUD; Candidate for Vice President, Dole Campaign, 1996 Now: Deceased May 3, 2009 Also: Founder, Kemp Partners; co-chair of The Council on Foreign Relations Bipartisan Task Force on U.S. Policy Towards Russia For a complete history of my experiences working for Jack Kemp at HUD, see The Kemp Tapes.Listen to the Kemp Tapes (MP3 audio files): (1) (2) (3) (4) (5) His Biography

Peter A. Liedel Then: A Dillon Senior Vice President joined the board of Cornell and had a Cornell facility contracted by the Federal Bureau of Prisons in Houston in 1996 named after him. Now: Yorktown Partners LLC.

David Niemiec Then: Began working at Dillon Read in 1974. He served as Vice-Chairman from 1991 through September 1997. From 1997 to February 1998 he was Managing Director of the successor firm, SBC Warburg Dillon Read, Inc.; graduated from Harvard College and received an MBA. from Harvard Business School before joining Dillon Read Now: Saratoga Partners, Director of Emeritus Corp in Seattle, Washington.

Scott Nordheimer Then & Now: Mid-City Urban, LLC, a development firm that received millions of federal and D.C. tax dollars to build residential and commercial projects in the Washington area. Convicted in 1993 of two counts felony securities fraud in connection with a real estate development.

Patricia Phillips Then: Assistant to Catherine Austin Fitts at Dillon Read, Secretary of the Board of Directors, Hamilton Securities.Now: Deceased. Pat died of cancer in 1998. She refused to sell her shares in Hamilton Securities saying that selling them would be like betting against me, and that was something that she would never do. The shares, once her most significant asset, were valued as worthless by her estate. The week of her death, Hamilton Securities bank sponsored a seminar with Tucker Flyer, Ervin’s law firm, marketing Tucker Flyer’s unique services to women-owned firms in Washington’s political environment.

Nicolas Retsinas Then: Executive Director of the Rhode Island Housing and Mortgage Finance Corporation; Assistant Secretary of Housing; Master’s in City Planning, Harvard and A. B. in Economics, New York University Now: Lecturer in Housing Studies, Harvard Design School and the Kennedy School of Government; Director, Harvard Joint Center for Housing Studies; Board Member, ShoreBank, along with Bob Nash the former head of the Arkansas Development and Finance Agency e-mail: Nicolas_Retsinas@harvard.edu Of Interest: The Harvard Design School uses a case study of Cornell Corrections Wyatt detention center in Rhode Island.

Ken Schmidt Then: Partner Member of the Board of Dillon ReadNow: Board of Rutgers University

George P. Shultz A former faculty member at the University of Chicago and economic advisor to Presidents Eisenhower and Nixon, George Shultz was appointed secretary of state in Ronald Reagan’s Cabinet in 1982. Shultz is a member of the Hoover Institution, American Enterprise Institute, the New Atlantic Initiative, the Committee for the Liberation of Iraq and the Committee on the Present Danger. He also serves on the board of directors for the Bechtel Corporation, Gilead Sciences, and Charles Schwab Corporation. Shultz served as President Richard Nixon’s secretary of labor from 1969 to 1970, after which he was director of the Office of Management and Budget. He then became secretary of the Treasury from May 1972 to May 1974; B. A. Economics, Princeton (1942); Member, Council on Foreign Relations His Biography

Barry Seal Seal was a CIA operative and drug smuggler who allegedly flew cocaine into the United States on behalf of the Contras and has gained reputation as one the most successful drug smugglers in American history. Also see: Barry and the Boys: The CIA, the Mob & America’s Secret History by Daniel Hopsicker.

George Wiegers Then: Senior Managing Director, Lehman Brothers, Managing Director and Board member of Dillon Read, one of the largest Dillon investors in Cornell Corrections; B. A. from Niagara University, MBA Columbia University Graduate School of Business. Now: Head of Wiegers Capital, Board of Darby Overseas

Other People in this Article:

David Bonderman
Founding Partner of Texas Pacific Group and an alumni of Harvard Law School. His famed LBO firm has invested billions in MGM, Burger King, Bally and Ducati, among others. TPG, based in Fort Worth, Texas.

David Cornell
Then: Director of Cornell Corrections and Chairman of the Board, President and Chief Executive Officer of the Company. Previously, he was Operations Manager—Special Projects for the Bechtel Group and CFO of its wholly owned subsidiary, Beacon Construction Company, from 1983 to 1990. Now: A Consultant for Cornell Corrections.

Jean Duffy
Duffy was a deputy prosecuting attorney and head of a drug task force in the Arkansas district where Kevin Ives and Don Henry had been murdered. Her task force provided a federal grand jury with information linking high-ranking public officials to drug trafficking. In December of 1990, she approached U.S. Attorney Chuck Banks with evidence that linked drugs and public officials to Kevin and Don’s murders. After receiving that information, Banks shut down the grand jury and cleared all public officials Jean had investigated. Jean was discredited, her task force was dismantled, and two illegal felony warrants were issued for her arrest.

Katherine Graham
Then: Owner of the Washington Post. Now: Deceased.

Susan Gaffney
Sworn in as HUD Inspector General on August 23, 1993. Gaffney was present in a meeting with soon-to-be Secretary of HUD, Andrew Cuomo, where Cuomo reported that he was arranging to get rid of The Hamilton Securities Group and Catherine Austin Fitts.

Terry Golden
Then: Administrator of the General Services Administration from 1985-1988. Before that, he was the Assistant Secretary at Treasury. He is a nuclear engineer and holds an MBA from Harvard Business School. He was a founder and managing partner of Trammell Crow Residential Companies and the former President and CEO of Host Marriott. Now: Chairman of the Bailey Capital Corporation, an investment company, and also serves as Chairman of Washington, DC’s Federal City Council and as a member of the Mayor’s Business Advisory Committee.

Carla HillsSecretary of HUD in the Ford administration. From 1978 through 1989 she was again a practicing attorney, and was chairman of the Urban Institute from 1983 through 1988. Hills served as U.S. Trade Representative from 1989 to 1993 under President George H. W. Bush; Member, Council on Foreign Relations See Her Biography

Linda Ives
An Arkansas housewife. Her son, Kevin Ives, was murdered in Mena, Arkansas, on August 23, 1987.

Mara Leveritt
Her 1999 book, Boys on the Tracks, explores how drug-related corruption blocked a series of attempted investigations into the murders of two teenagers whose bodies were left to be run over by a train.

Jeffrey Smith
Now a partner in the law firm of Arnold & Porter.