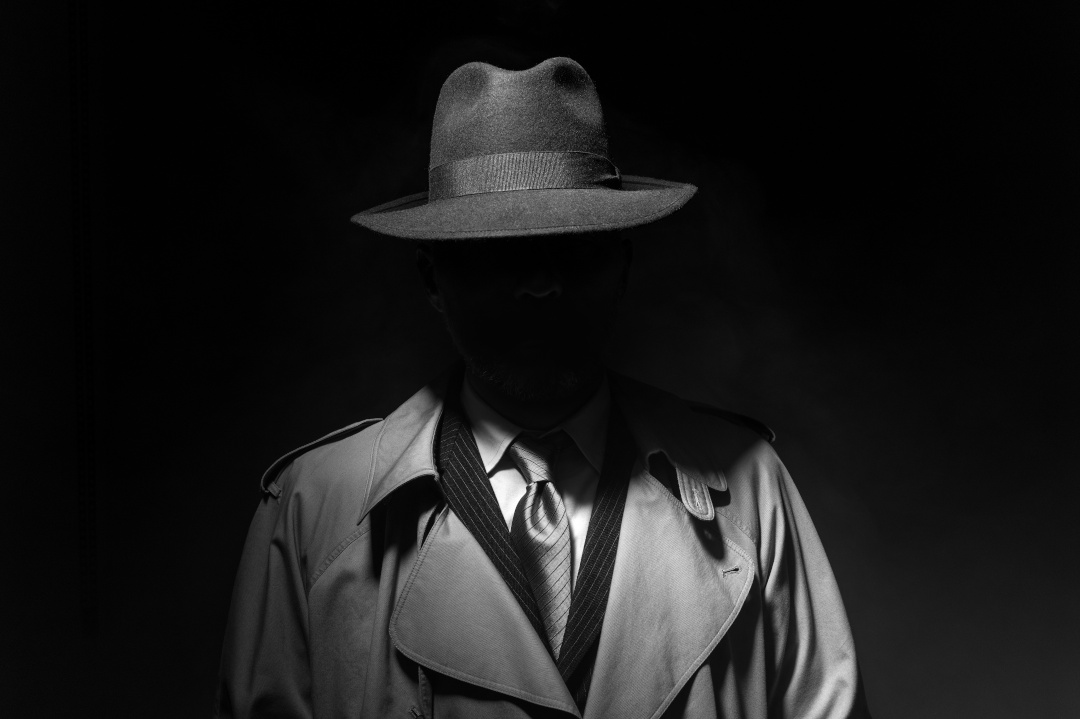 During the 1980s, a sometime government agent named Barry Seal led a smuggling operation that delivered a significant amount of narcotics estimated to be as much as $5 billion from Latin America through an airport in Mena, Arkansas.[16] According to investigative reporters and researchers knowledgeable about Mena, the operation had protection from the highest levels of the National Security Council then under the leadership of George H.W. Bush and staffed by Oliver North. According to investigative reporter and author Daniel Hopsicker, when Seal was assassinated in February 1986, Vice President George H.W. Bush’s personal phone number was found in his wallet. Through Hopsicker’s efforts, Barry Seal’s records also divulged a little known piece of smuggling trivia — RJR executives in Central America had helped Seal smuggle contraband into the U.S. in the 1970s.[17] 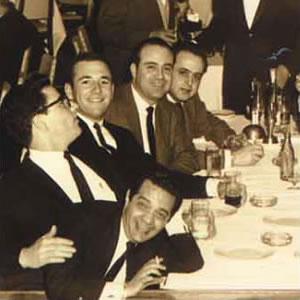 Cover of Barry & ‘the boys” by Daniel Hopsicker with Barry Seal (third on left) with CIA colleagues in 1963.[18]

The arms and drug running operation in Mena continued after Seal’s assassination. Eight months later, Seal’s plane, the “Fat Lady,” was shot down in Nicaragua. The plane was carrying arms for the Contras. The only survivor, Eugene Hassenfuss admitted to the illegal operation to arm the Contra forces staged out of the Mena airport. Hassenfuss’ capture inspired Oliver North and his secretary at the National Security Council to embark on several days of shredding. The files that survived North’s shredding that were eventually provided to Congress contain hundreds of references to drugs.

An independent counsel was appointed to investigate the concerns raised by Hassenfuss’ capture. As described in my article, “The Myth of the Rule of Law,” the founders note written by Chris Sanders, head of Sanders Research states:[19]

“The investigation resulted in no fewer than 14 individuals being indicted or convicted of crimes. These included senior members of the National Security Council, the Secretary of Defense, the head of covert operations of the CIA and others. After George Bush was elected President in 1988, he pardoned six of these men. The independent counsel’s investigation concluded that a systematic cover up had been orchestrated to protect the President and the Vice President… During the course of the independent counsel’s investigation, persistent rumors arose that the administration had sanctioned drug trafficking as well as a source of operational funding. These charges were successfully deflected with respect to the independent counsel’s investigation, but did not go away. They were examined separately by a Congressional committee chaired by Senator John Kerry, which established that the Contras had indeed been involved in drug trafficking and that elements of the U.S. government had been aware of it.”

There is a standard line you hear when you try to talk to people in Washington, D.C. about the flood of narcotics operations and money laundering in Arkansas during the 1980s. “Oh, those allegations were entirely discredited,” they say. This is not so. Thanks to numerous journalists and members of the enforcement community, the documentation on Mena drug running and the related money laundering is quite serious and makes the case that the government was engaged or complicit in significant narcotics trafficking. This includes the various relationships to employees of the National Security Council, the Department of Justice and the CIA under Vice President Bush’s leadership and to then Governor of Arkansas, Bill Clinton and a state agency, the Arkansas Development and Finance Agency (ADFA). ADFA was a local distributor of U.S. Department of Housing and Urban Development (HUD) subsidy and finance programs and an active issuer of municipal housing bonds. One of its law firms included Hillary Clinton and several members of Bill Clinton’s administration as partners, including Deputy White House Counsel Vince Foster and Associate Attorney General Webster Hubbell.

Those convicted and pardoned by President Bush included former Bechtel General Counsel, Harvard trained lawyer Cap Weinberger who as Secretary of Defense had presided over one of the most crime-ridden government contracting operations in U.S. history.[20] Forbes editor James Norman left Forbes in 1995 as a result of Forbes refusal to publish his story “Fostergate,” about the death of Vince Foster and its relationship to the sophisticated software, PROMIS, allegedly used to launder money, including funds for the arms and drugs transactions working through Arkansas. Norman’s story allegedly implicated Weinberger in taking kickbacks through a Swiss account from Seal’s smuggling operation. In other stories, the software was considered to be an adaptation of PROMIS software stolen from a company named Inslaw and turned over to an Arkansas company controlled by Jackson Stephens. An historical footnote to our story is that a later study of the prison industry shows that Jackson Stephens’ investment bank, Stephens, Inc., was the largest issuer of municipal bonds for prisons.

Some of the most compelling documentation on Seal’s Mena operation and related money laundering was provided by William Duncan, the former Special Operations Coordinator for the Southeast Region of the Criminal Investigation Division, Internal Revenue Service at the U.S. Treasury. The U.S. Treasury fired Duncan in June of 1989 when he refused to dilute or cover up the facts in Congressional testimony.[21]  [22]   Since it is illegal to lie to Congress, this is the equivalent of being fired for refusing to break the law, and in the process, protecting a criminal enterprise. The Secretary of the Treasury when Duncan was fired was Nicholas F. Brady, former Chairman of Dillon Read. Brady left Dillon in September 1988 to join the Reagan Administration in anticipation of Bush’s victory in the November elections. Duncan was fired within months of two important events detailed later in the story:

(i.) the RJR Nabisco takeover made famous by the book, Barbarians at the Gate: The Fall of RJR Nabisco by Brian Burrough and John Helyer (Harper & Row, 1990) as well as a later movie by the same name, and

(ii.) Lou Gerstner, now chairman of the Carlyle Group, joining RJR Nabisco to make sure that the aggressive management was in place to pay back billions of new debt issued in the takeover.

As we will see later in our story, the inability to stop Duncan from documenting the corruption at Mena and the U.S. Treasury, emphasized the importance of placing control of the IRS and its rich databases and information systems which illuminated flows of money in friendlier hands.

Gary Webb’s “Dark Alliance” story documenting the explosion of cocaine coming from Latin America into South Central Los Angeles during the 1980s was originally published by the San Jose Mercury News in the summer of 1996 and then published in book form in 1998. The story and its supporting documentation was persuasive that the U.S. government and their allies in the Contras were involved in narcotics trafficking targeted at American children and communities.

All the usual suspects did their best to destroy Webb’s credibility and suppress his story. This included the Washington Post, which had pulled Sally Denton and Rodger Morris’ story on Mena at the last minute in 1995 — leaving it to run later in the summer in Penthouse Magazine. Luckily, Webb had arranged to have significant amounts of legal documentation substantiating his story posted on the San Jose Mercury News website. By the time that the News was pressured to take the story down, thousands of interested people all over the world had downloaded overwhelming evidence. Thanks to the Internet, the crack cocaine Humpty Dumpty could not be put back together again.

In response to citizen concern inspired by Webb’s story, then Director of the CIA, John Deutsch, agreed to attend a town hall meeting in South Central Los Angeles with local Congressional representatives in November 1996. Confronted by allegations in support of Webb’s story, Deutsch promised that the CIA Inspector General would investigate the “Dark Alliance” allegations.

This resulted in a two volume report published by the CIA in March and October of 1998 that included disclosure of one of the most important legal documents of the 1980s — a Memorandum of Understanding (MOU) between the Department of Justice (DOJ) and the CIA dated February 11, 1982 in effect until August 1995.[23] At the time it was created, William French Smith was the U.S. Attorney General and William Casey, former Wall Street law partner and Chairman of the SEC was Director of the CIA. Casey, like Douglas Dillon, had worked for Office of Strategic Services (OSS) founder Bill Donovan and was a former head of the Export-Import Bank. Casey was also a friend of George Schultz. Bechtel looked to the Export-Import Bank to provide the government guarantees that financed billions of big construction contracts worldwide. Casey recruited Stanley Sporkin, former head of SEC Enforcement, to serve as general counsel of the CIA. When Schultz joined the Reagan Administration as Secretary of State, such linkages helped to create some of the personal intimacy between money worlds and national security that make events such as those which occurred during the Iran Contra period possible.

No history of the 1980s is complete without an understanding of the lawyers and legal mechanisms used to legitimize drug dealing and money laundering under the protection of National Security law. Through the MOU, the DOJ relieved the CIA of any legal obligation to report information of drug trafficking and drug law violations with respect to CIA agents, assets, non-staff employees and contractors.[23] Presumably, this included the corporate contractors who, by executive order, were now allowed to handle sensitive intelligence and national security outsourcing.

With the DOJ-CIA Memorandum of Understanding, in effect from 1982 until rescinded in August 1995, a crack cocaine epidemic ravaged the poorer communities of America and disenfranchised hundreds of thousands of poor people into prison who, now classified as felons, were safely off of the voting roles. Meantime, the U.S. financial system gorged on what had grown to an estimated $500 billion-$1 trillion a year of money laundering by the end of the 1990s. Not surprisingly, the rich got richer as corporate power and the concentration of investment capital skyrocketed on the rich margins of state sanctioned criminal enterprise.

Yale Law School trained Stanley Sporkin was appointed by Reagan in 1985-86 to serve as a judge in Federal District court, leaving the CIA with a legal license to team up with drug dealing allies and contractors. From the bench many years later, he helped engineer the destruction of my company Hamilton Securities while preaching to the District of Columbia bar about good government and ethics. He retired from the bench in 2000 to become a partner at Weil, Gotshal & Manges, Enron’s bankruptcy counsel.

Gary Webb died in 2004, another casualty of an intelligence, enforcement and media effort that keeps global narcotics trafficking and the War on Drugs humming along by reducing to poverty and making life miserable for those who tell the truth. At the heart of this machinery are thousands of socially prestigious professionals like Sporkin who engineer the system within a labyrinth of law firms, courts and government depositories and contractors operating behind the closely guarded secrets of attorney client privilege and National Security law and the rich cash flows of the U.S. federal credit.[24]